It's a double upload week! Vintage clothing just in

Two uploads in one week? Lots of Monday's items sold out quickly, so we decided to have another upload! This collection is extremely precious: loads of Princess (ex Woolies) and Truworths items from the 60s, 70s and 80s just in. From size 6 to size 18, there's something for every body. 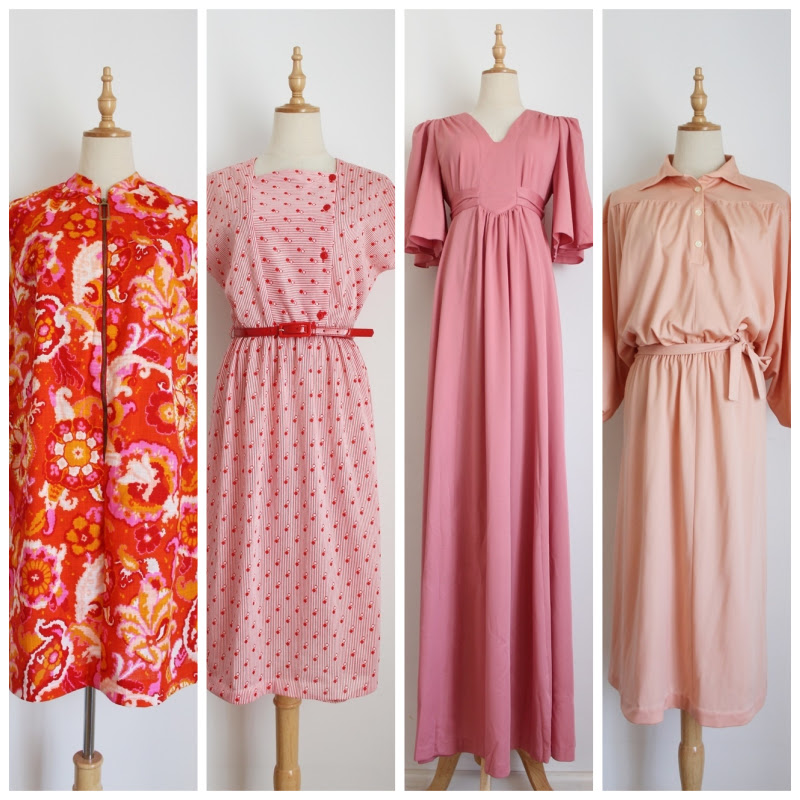 Before there was online shopping, there were mail-order catalogues! Buyers would browse seasonal catalogues from merchants and place orders via telephone or postal order forms. Lana Lobell was one of the popular catalogue clothing labels of the 50s, 60s and 70s, which manufactured ladieswear in New York's garment district. These have to be some of the cutest dresses and outfits we've ever seen! If only we could go back in time and order all of them... Take a look at this fascinating article from Holiday magazine (June 1950) titled "1950: A Good Round Figure". Apparently women were about to look more like "natural" women that Summer, instead of "being disguised as little boys or long distance swimmers". American designers were going for a more modest, "feminine" look than their French counterparts, who were veering towards bikinis. Isn't it interesting how fashion trends influence not only how we adorn ourselves, but also how we view and manipulate our bodies?